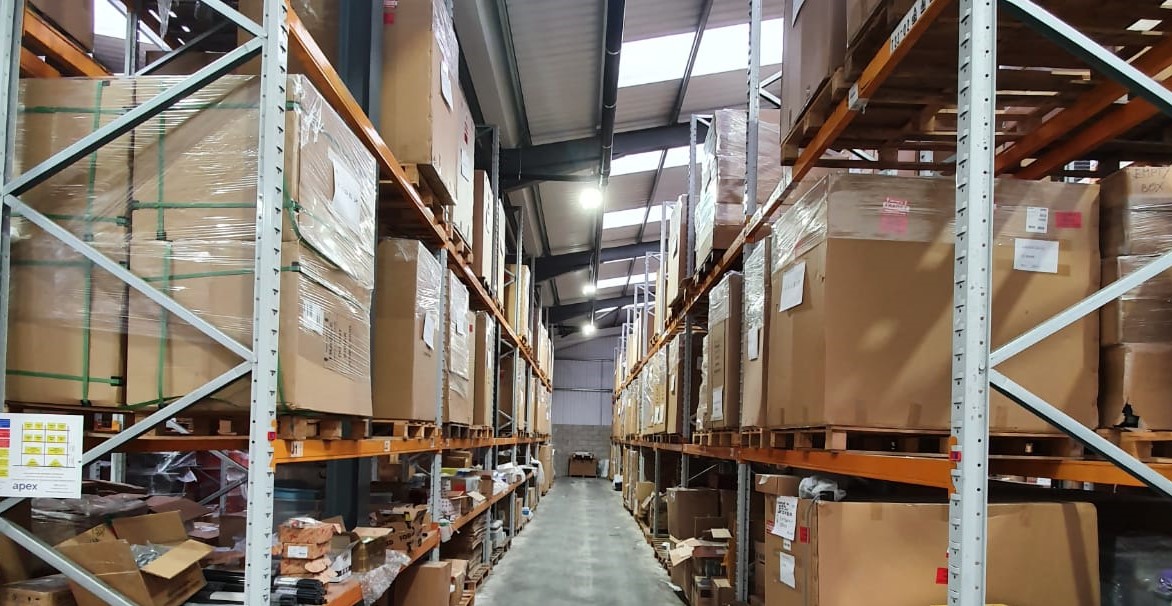 Monarch furniture, who have been operating for over 30 years, are leading providers of bespoke and versatile storage solutions like bookcases, desks, works stations, and chairs targeting schools, offices, and businesses.

Monarch furniture needed a lighting solution that could replace their current system which was beginning to fail after only being installed 2-3 years ago. Steps towards their sustainability goal were being taken by introducing LED initially, however, this didn’t stop CEMA Lighting’s specialist team from cutting the running cost down to 33%.

The facility in Nottingham mostly consisted of warehouse spaces that were lit by LED Linear luminaires mounted to trunking which sat around 5-6 metres high, these luminaires were not meeting the lux expectations and were showing early signs of deterioration. CEMA Lighting replaced these fittings with their market-leading 190lm/w Superlumen Highbay which operates at around 110W allowing for financial savings but also providing a substantial lumen output.

The original system was operated using a single switch and couldn’t be customised depending on which area the light was required so sensors were introduced into the new LED lighting system allowing for lights that aren’t needed at the time to turn off, saving vast volumes of energy over time.

The team at Monarch Furniture were hesitant to switch LED with LED, because of the costs, however, because CEMA Lighting were able to provide a reduction of 66%, Monarch were able to spend what would ordinarily go toward the lighting bill to ensure further improvements for the business.